Are Plastic Pipes Bad for Water? 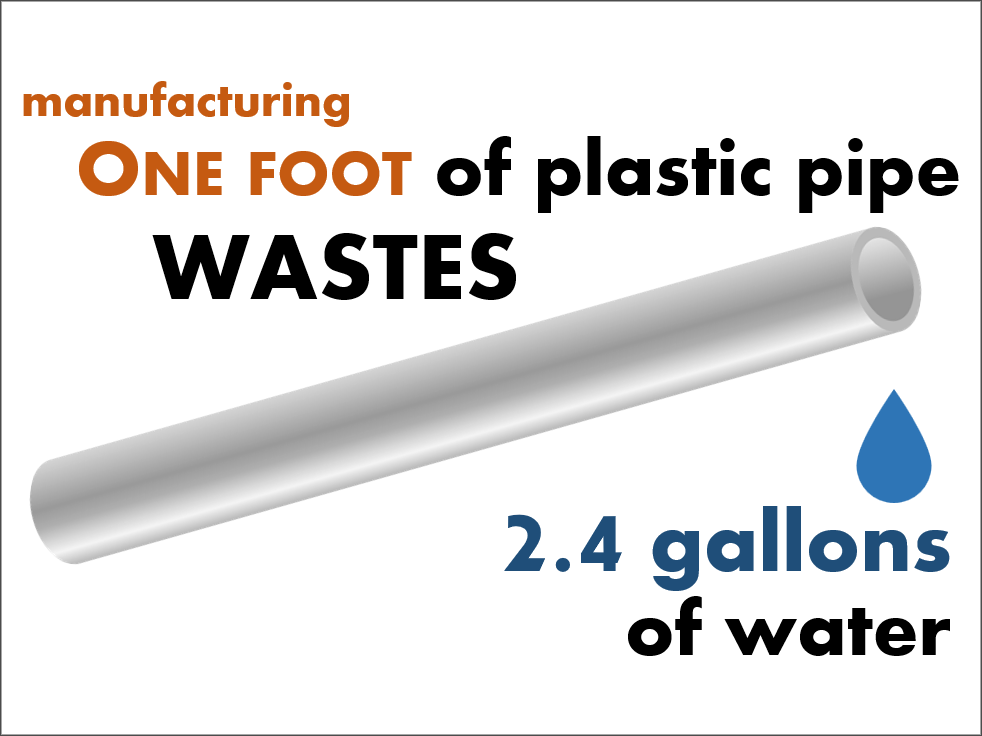 By several measures, the answer is yes.

While plastic pipes are widely used to transport water, it’s instructive to consider how much water is required to make that pipe. In addition to a carbon footprint, plastic has a water footprint.

Analysis of the industry documents that every pound of plastic produced consumes around 22 gallons of water, according to The Water Footprint Calculator. An average 100-foot length of ¾” PEX pipe weighs around 11 pounds, equating to 242 gallons of water… more than 2.4 gallons for every foot of pipe.

It’s unclear if these estimates include the water used by fracking natural gas that produces most plastic feedstock. As measured by Duke researchers in Environmental Science Technology Letters, fracking alone was responsible for consuming over 3 billion gallons of water per year, much of which was left contaminated at the end of the process.

Water Impacts from Use of Plastic Pipe

After plastic pipes are formulated and extruded, they create further effects on drinking water. Some of these are readily apparent, showing up as noticeable tasted and odor of water that comes out of pipes. Tests of HDPE, PE, PEX, PP, PVC and CPVC pipes published in  Environmental Science & Engineering showed all leached measurable amounts of halogenated compounds, organotins, alkyl phenols, and other compounds. Purdue professor Andrew Whelton told Water Online that he found “significant variations in what leaches out of PEX pipes, not just across brands but also among products of the same brand, and even from batch to batch of the same product — a confounding list of unknowns and potential concerns that makes it complicated to give advice to consumers who want safe plumbing materials.”

Pollution from Plastic Pipe at End of Life 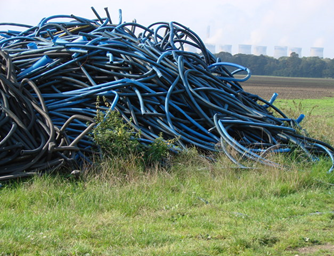 At the end of its useful life, data published by the EPA shows over 90% of plastic is not recycled, instead being landfilled or incinerated. By contrast, the U.S. recycling rate for iron and steel was 47% and for copper it was 34%. According to the Institute of Scrap Recycling Industries, producing steel from recycled ferrous scrap requires 60% less energy and reduces CO2 emissions 58% compared with virgin materials.