Changing products and emerging health and safety issues make designing piping systems a continuing challenge. Here are some key issues that should inform design and construction of piping systems, as well as summaries of recent news and research.

During structure fires and wildfires, piping impacts the safety of buildings and communities. Improperly installed pipe can cause firestop failures, allowing flames and smoke to spread through walls and floors. Combustible materials such as PVC and PEX fuel higher fire temperatures and toxic smoke that can turn serious fires into deadly ones for occupants and first responders. After fires, benzene from melted plastic pipe can poison drinking water for entire communities.

Research by fire-safety industry and testing laboratories have found that over the past several decades, many types of buildings have become more susceptible to fire damage. Plastic pipes, foam, fabrics, and insulation all represent significant sources of combustible, petroleum-based materials that increase fire risk. Key issues from ongoing work in the building and construction industry include: 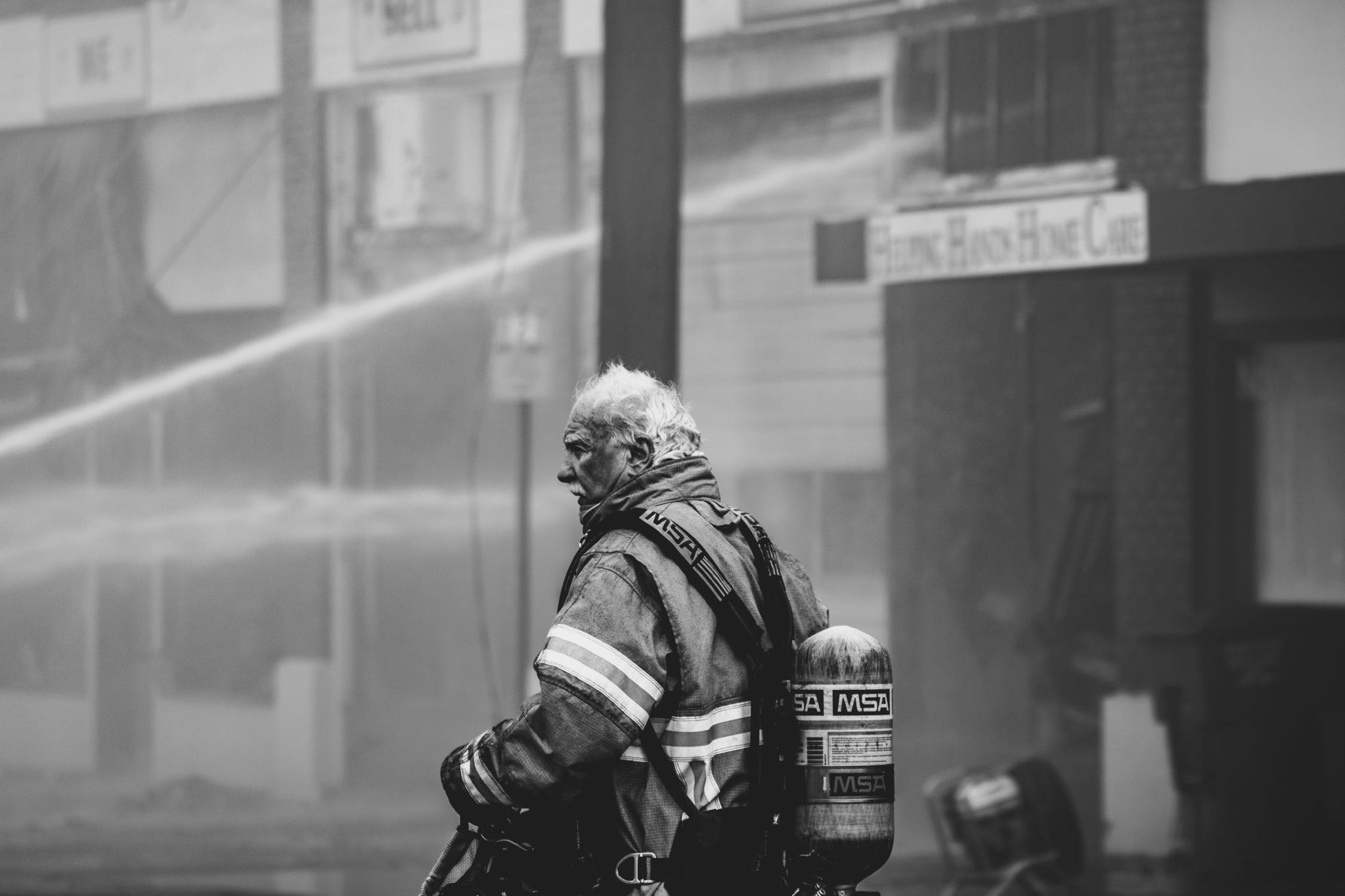 The leading cause of occupational deaths for firefighters is cancer, killing two out of three firefighters who die in the line of duty, according to a study from the National Institute for Occupational Safety and Health (NIOSH). Firefighters are increasingly being exposed to a “potent cocktail of carcinogens,” according to Boston Fire Commissioner Joseph Finn, an advocate for firefighter health and safety who has lost over 200 colleagues to cancer.

Why would Congress add more dangers to firefighting? 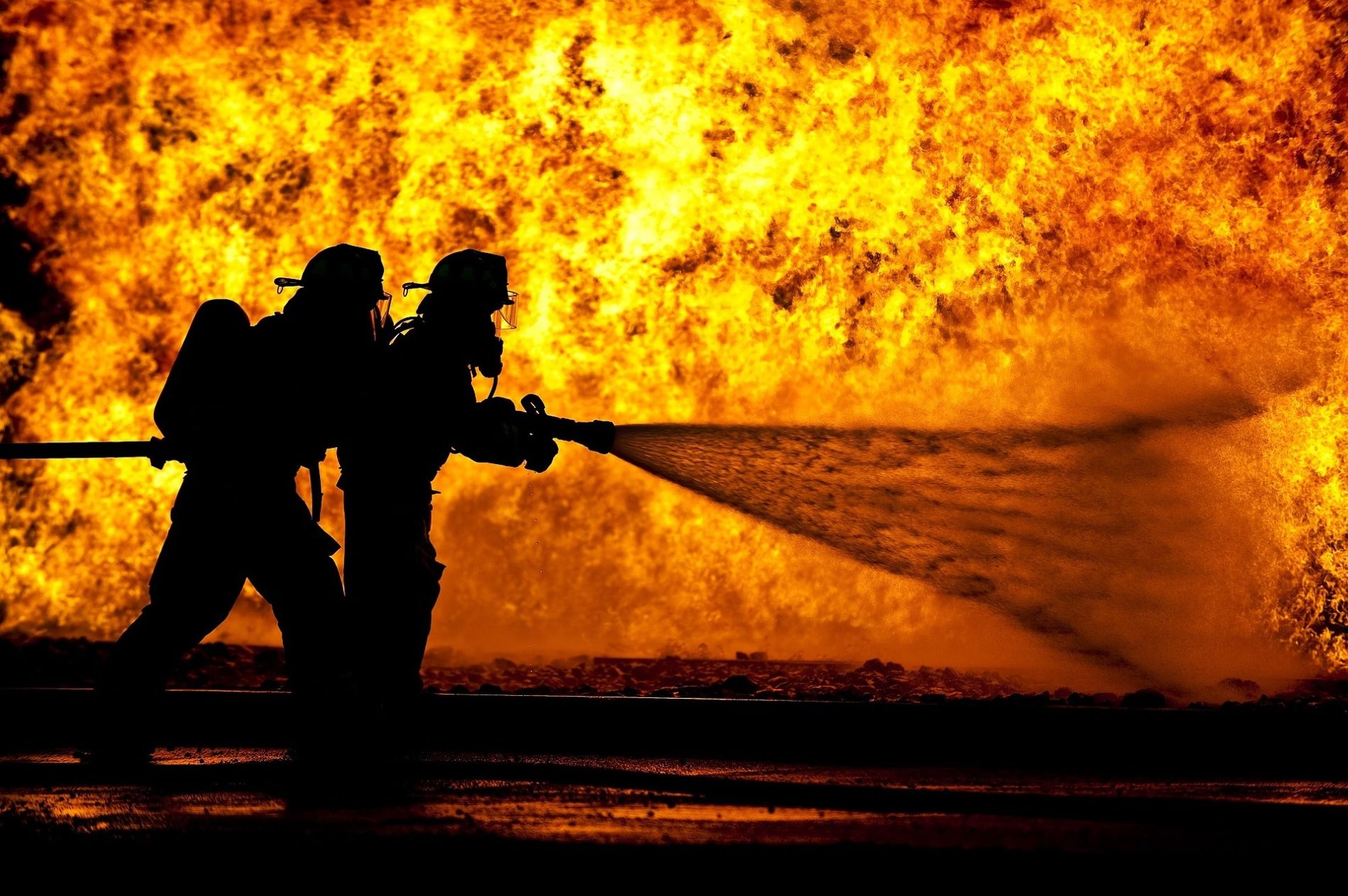 Among the many things firefighters learn in the field is that plastic burns hot and fast. It is a combustible material and releases toxic smoke and gases when burned. When fighting fires, we face major health risks due to inhaling these toxic fumes. In large part, because it can make our jobs harder and more dangerous in the event of a fire, cities like New York and San Francisco actually prohibit the use of plastic piping in buildings with higher fire risk, like what we find in many high-rise apartment complexes. 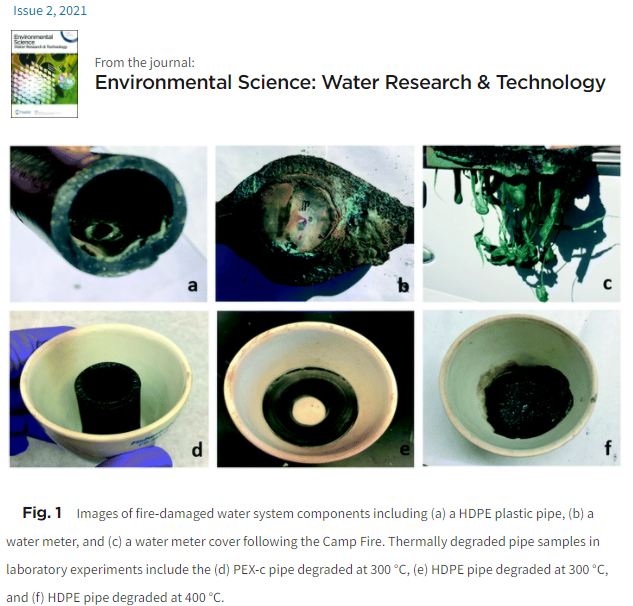 The study concludes that thermally damaged drinking water pipes can be sources of VOC leaching. … END_OF_DOCUMENT_TOKEN_TO_BE_REPLACED 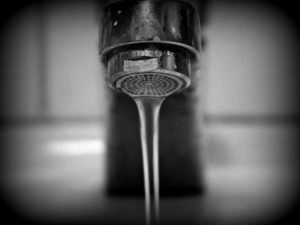 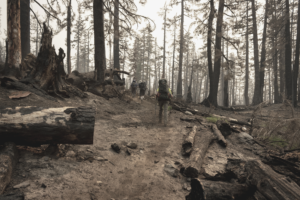 WILDFIRES: After the blazes: poisoned water and a ‘flood on steroids’

Historic wildfires raging from California to Colorado are weakening watersheds and setting the stage for deadly mudslides and flooding and, in some places, threatening to poison critical water supplies… END_OF_DOCUMENT_TOKEN_TO_BE_REPLACED 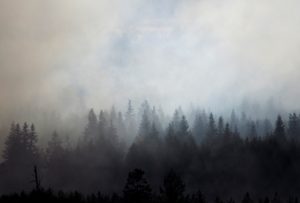 This work outlines factors that influence wildfire-induced drinking water quality threats based on the findings from the Tubbs Fire (2017) and Camp Fire (2018) and explores scientific and policy issues. … END_OF_DOCUMENT_TOKEN_TO_BE_REPLACED