Studies show that synthetic threads of microfiber account for a significant portion of the microplastic pollution problem.

The five enormous gyres of plastic swirling in oceans across the world have received a lot of attention in recent years, but less is known about the problems that microplastics — small plastic particles 5 millimeters or less in diameter — pose in the terrestrial environment.

A growing body of research shows these tiny plastic particles end up not just in waterways but also on farmland, raising concerns over their effects on plants and animals — and ultimately the safety of human food supplies. Contaminated crops could potentially be one of myriad ways that plastic — from its production to its use to its “disposal” — have impacts on human health. 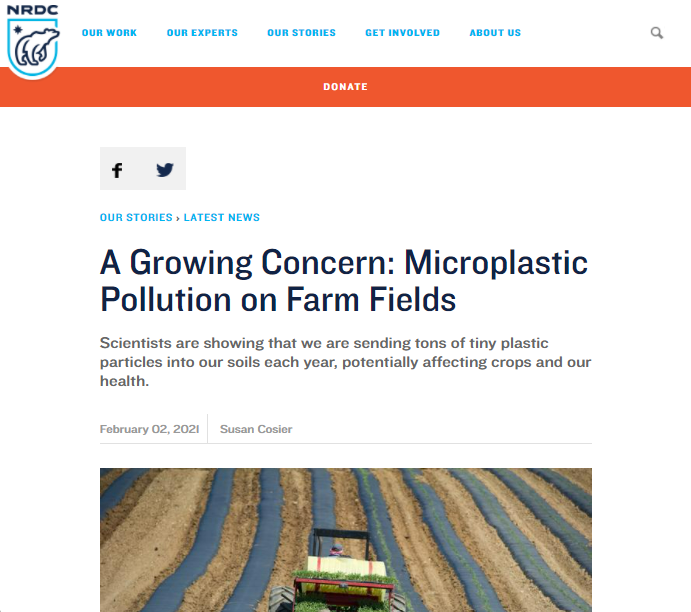